We had the chance to go bop around Vienna twice this month, and get a feel for district one.  Its an absolutely beautiful city that felt totally accessible on foot.  Its so clean, the food is great, most people speak English, and there’s something for everyone.

On a whim, we met up with an old hometown connection who has lived in Vienna for a number of years. Phil is a musician in Vienna, and it was so nice to see him, hear about his experience living in Austria, and have a mini tour complete with excellent German translator skills! We tried his favorite gelato, enjoyed a beautiful afternoon seeing some of Vienna’s finest historic architecture, and had pizza at the cutest restaurant, Pizza, L`asino Che Ride. Thanks for the fun, impromptu afternoon, Phil!

Enjoying one of the many fountains of Vienna 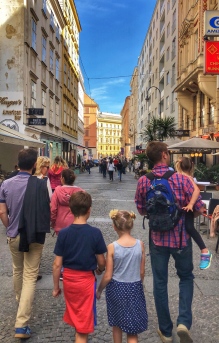 Walking along the lovely streets of Vienna to get Phil’s favorite gelato! 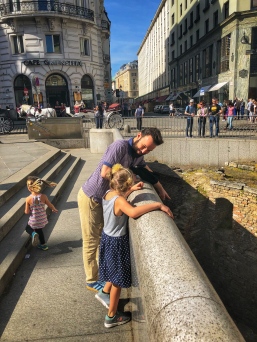 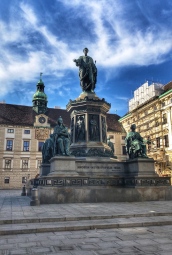 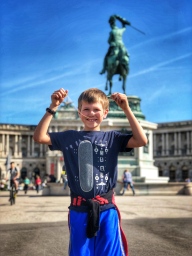 Beau with the statue of Johann Strauss Junior in the background, with the Hofburg Imperial Palace in the distance

Walking along the park with the Hofburg in the distance 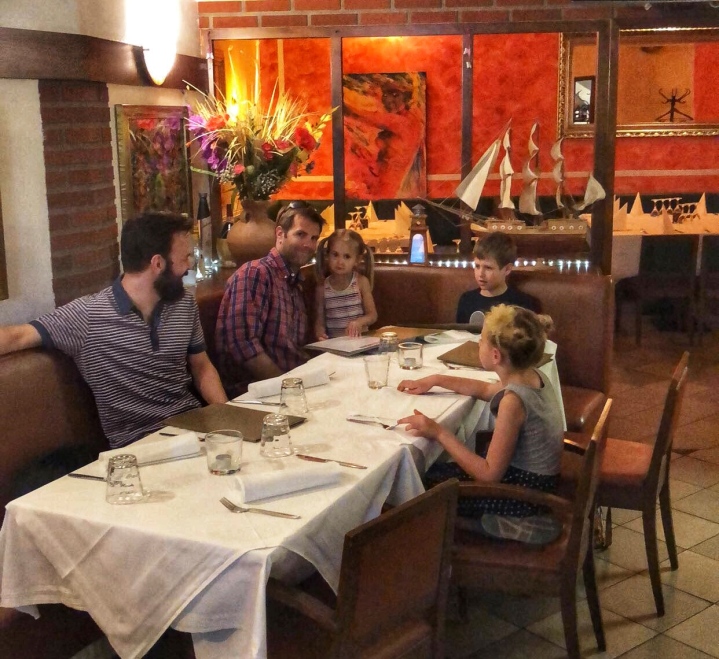 When Billi came to visit, we enjoyed a girl’s overnight trip before she flew out in the morning. This included a progressive dinner at three random Italian eateries (I regret not having kept good track but we paid in cash and were living in the moment!) and then stopped in for drinks at a few places as well. The lights of Vienna once the sun went down were especially memorable.  We happened to be there during Vienna’s Dance Festival, so City Hall was lit up in red and was spectacular! We even were invited to go dance by one of the musicians but we didn’t realize it was a legitimate invitation until it was too late (it was, admittedly, kind of creepy – especially when a lot of the conversation was lost in translation!). When its just the two of us, we can cover a lot of ground on these long legs, and we made the most of every minute there in the crisp spring evening air. We stayed at a lovely little boutique hotel called Alma, right near the Danube. I can’t wait for Billi to return and bring the whole family! 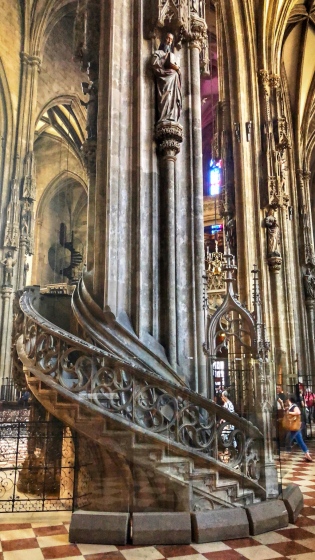 Italian place, felt like a grotto. Food wasn’t all that memorable… 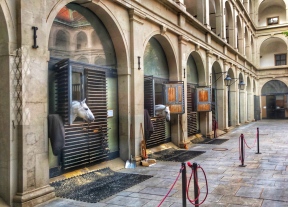 The famous white horses of the Hofburg! (Spanish Riding School)

Progressive Dinner, restaurant #2 – an improvement on the first Italian place! 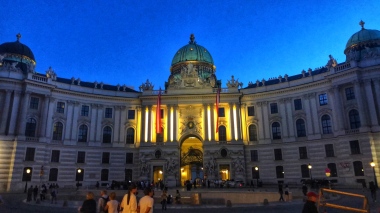 And the palace by night.

A replica of the Temple of Hephaestus in Athens, assembled here in the rose garden in Vienna

A well-lit City Hall for the Festival of Dance! 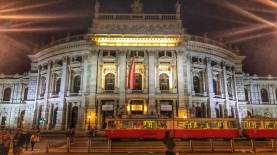 🇧🇪 HIDDEN GEM DESTINATIONS PART 5: Dinant, Belgium!
🇧🇦HIDDEN GEM DESTINATIONS PART 4: Mostar, Bosnia and Herzegovina!
🐄 DAT BOOTY THO 💪🏾🍑 I swear these Belgian Blue cattle do CrossFit when we’re not looking… 😂 Did you know all Belgian Blues are born by c-section? When I heard it I thought it had to be a joke - turns out it’s the truth! It has to do with their rapid muscle growth, size of calves and angle of birth canal. Kinda sad actually. They’re amazing creatures!
👙I mean…right??? Can I get a 🤌🏼 if you know what I’m talking about?? Freedom…🥥🍈 (Also, can you name all three movies? 🤣)
🇯🇴 Find the @homebasebelgium full add-free guide to Jordan at link in bio with lots of tips and info to help you plan a dream trip! Don’t miss all the best spots like Amman, Jerash, Wadi Mujib, Dead Sea, Dana Biosphere, Petra, Wadi Rum and more. What a beautiful country - culture, cuisine, history, hiking, wonders of the world - Jordan has it all!
🐳 This gorgeous ocean themed atrium is deep within Gaudí’s Casa Battló in Barcelona! Be transported to an underwater fantasy land as you wonder at this architectural marvel. Don’t miss the rooftop views, video experience and great gift shop!
Loading Comments...
%d bloggers like this: